Over the years, Bruce Wayne Carter’s name has been memorialized in various ways.  Of course, his name is included among the names of all of those from the United States who fell in the Vietnam War on the Vietnam Veterans Memorial Wall.

All names on the Vietnam War Memorial in Washington, DC were included. on microchips sent into space on NASA’s Stardust spacecraft in February 1999.  A street in Miami bears Bruce’s name. 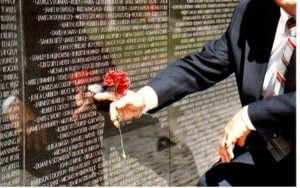 The Miami Florida VA Medical Center, was officially renamed on 27 October 2008 (By an Act of Congress) to the “Bruce W.Carter Department of Veterans Affairs Medical Center” to honor this Marine Corps hero who grew up in Miami.

Meetings are held the last weekday of the month at 20:00 hours.

We are always looking for “More New Members” to join our ranks. Please leave your name and a phone number for a call back.